Studying political science empowers the students with a deep understanding about the dissemination of political powers. Political science also teaches an individual the ways in which different types of government respective to a country, functions and interact with the government systems of other countries. This field of study teaches the students the process of making rules and reinforcing them. There is a lot of scope for students if they choose Political Science as their field of study as they have a myriad of career options to choose from if they are well versed in the subject of Political Science. Availing political science assignment Help from Online Assignment Solutions UK is the best way they can score excellent marks in their tests and climb up the ladder of success in the field of Political Science.


The students can either go into law or become a legal assistant or they can take up government jobs which can range from legislature to city planning if they score well in their Political Science assignments and are awarded with a degree. A student is also free to explore possibilities in the business fields by trying out career options in advertising, public relations and banking. Studying political science also qualifies the student to take up careers in journalism as they can report on international as well as domestic policies as a political correspondent.

When a person in power, abandons his position from his or her throne or government so that the position is vacant entirely, or is succeeded by a person elected before is known as Abdication. It means that the person in power has to do nothing with the previous position. Abdication is a permanent and voluntary withdrawal from the position of a monarch or a public official (Clarke and Primo 2012).

The term absolute monarchy indicates that the ultimate right to govern a state was in the hands of the monarch or king who ruled the country by divine right. Divine right suggests that the monarch is given his position by a higher authority Anderson 2012). The monarch is entitled to look after the following areas: taxes, administration, foreign policy and justice.

Bossuet believed that God gave responsibility to the governments to aid the humanity by organizing the way they live. The power of the kings and the queens was unconditional, since God gave them the authority. Absolute monarchy is different from limited monarchy where he does not share his power with anybody, unlike in the case of limited monarchy where the government has to share the authority with other governing bodies.

Bureaucracy is a form of government in which the officials of the state take the most important decisions rather than the representatives elected by the people. The most important feature of bureaucracy is clear hierarchy (Jackson and Sorensen 2015). This means that every individual is assigned with a fixed task or responsibility in the chain, and is looked after by a higher authority on the next level.

The top management is the highest authority to which the lower subordinates are accountable. A well-defined set of formal rules are also a feature of bureaucracy, where clear instructions are given to the workers in each of the levels of hierarchy.

According to Aristotle, a person who actively participates in the administrative affairs of the state is a citizen. However, there is a huge difference between the ancient and the contemporary definitions of citizenship. The whole population of a state cannot take part in the activities of governance of the state (Love and Mattern 2012).Therefore, as Professor Laski suggests, a citizen is a person who is dutiful towards the stare and in return, enjoys all its benefits.

To sum up, a citizen is an individual, who resides in the state permanently, is responsible towards the state, wishes for the welfare of the state and enjoys all the social and political rights gifted by the state.

A constitution is a structural framework within which a set of exclusive fundamental principles related to the governance of a state is defined. The constitution of United Kingdom defines the relationship between the state and the individual, the judiciary and the executive. The United Kingdom has an unwritten or an uncodified constitution, meaning there is no single document of the constitution. It is embodied in different documents within the works of authority, statutes, treaties and court judgments.

Imperialism, in simple terms means to govern over a huge territory. It is a policy which is concerned with exercising a country’s influence and power with military force, colonization and other political means (Fredrickson et al. 2015). Many Scholars opine that imperialism has played a major role in shaping the contemporary world, allowing the rapid spread of ideas and technologies among the countries of the world.

Developed in Greece, the model of separation of powers embodies the division of the government of the state into three branches, each with a distinctive responsibilities and independent powers so that the authority is not concentrated within a small group of people (Shafritz et al. 2015). The branches are namely executive, legislature and judiciary. This also provides a system of checks and balances within the state.

A legislature is an assembly vested with the authority of making laws for a city or a country. They are a significant component of the Government. A legislature is often put in contrast to the executive and judicial branches of the government in the system of separation of powers.

The executive branch of the government is given the responsibility of executing the laws made by the legislature. The system of separation of powers has come into existence to prevent the concentration of power within a small group of people. It is important to note that the executive does not interpret the laws neither it passes them. They make sure that the laws are enforced in accordance with the legislature and are interpreted as advised by the judiciary (Wald and Calhoun 2014).

Republic is a form of government where the citizens are concerned with activities that would result in their own benefit rather than the benefit of the government or the monarch (Melluish 2015). The faith in republicanism has majorly shaped the Constitution of the United States of America. Often in a pure democracy, there are no instruments to check the interests of the weaker section of the people, which has resulted in turbulence and jeopardy. The concept of republicanism rests on the base of a balanced constitution, in which the government derives its power from the majority of the people and the administrators hold their offices during their “good” behaviour.

This discipline of political science can be classified as a scientific approach based on the method of comparison. To say it differently, comparative politics is the study of political institutions, domestic politics, and the disputes of other countries. It usually involves comparing political scenarios among the different countries and eventually outlining patterns of difference and similarities (Shafritz et al. 2015). To make it simple, we can say that comparative politics does not focus on the object of study, but the methods that are applied to evaluate the political phenomenon.

This discipline of political science evaluates international relations and economics. It can be considered as an interdisciplinary field, which is influenced, by a number of different academic branches such as history, sociology, cultural studies and economics. There are four distinct views pertaining to the international political economy (Porter 2014).

The Liberal theorists believe that the private powers should enjoy absolute freedom even if it hinders the freedom of the government or the public power.

The realist view appreciates and accepts the power of the private markets but they also believe in the regulatory control of the government.

The Marxist view on the other hand, is of the opinion that the government should exercise strong public powers on the private markets to benefit the population at large.

The constructivist view believes that the economic interaction between the countries is not free of value and the economic and political entities greatly influence economic actions.

This field of political science can either be deemed as a branch of the International political economy as mentioned above or can be treated as a separate discipline altogether. This is a very popular field of political science among the students. They opt for wide-ranged courses in humanities and social science disciplines (Melluish 2015). The international relations take inspirations from a plethora of fields like economics, technology, engineering, demography, international law, psychology, sociology as well as comparative religion.

This branch of political science is concerned with the formulation of government policies and other academic disciplines, which are focused on the implementation of these policies. This branch of political science is also concerned with the preparation of individuals as civil servants who will be working as public service employees (Wald and Calhoun 2014). Public administration revolves around the implementation of public policies and as well as the conduct of the officials who are responsible for their behaviour.

Public Law is that component of law, which focuses on the relationship between government and the individuals, and those relationships, which can directly influence the members of the society (Fredrickson et al. 2015). This branch of political science includes administrative law, constitutional law, procedural law, criminal law as well as the tax laws.

According to the public laws, the government is bound to obey the law. For instance, if a person is unhappy with the decision of a political authority, he or she requests a court for a judicial review. Rights also have two sub-divisions, Public and Private Rights.

This branch of political science deal with the quantitative instruments used to study politics. It is a combination of mathematics, statistics and formal theory. In contrast to the normative forms of research, political methodology is used for positive research. The concept of this sub division of political science is identical to econometrics. 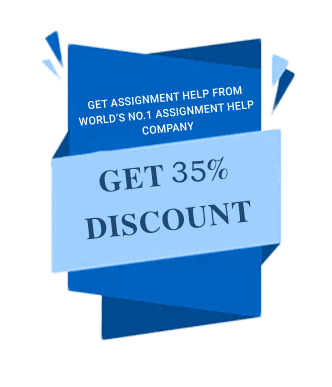